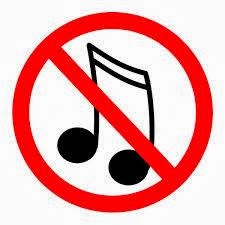 Ibn al-Qayyim (may Allaah have mercy on him) said,

"The interpretation of the Sahaabah and Taabi’in, that ‘idle talk’ refers to singing, is sufficient."

This was reported with saheeh isnaads from Ibn ‘Abbaas and Ibn Mas’ood. Abu’l-Sahbaa’ said,

"I asked Ibn Mas’ood about the aayah"(interpretation of the meaning),

"And of mankind is he who purchases idle talks"[Luqmaan 31:6].

He said, "By Allaah, besides Whom there is no other god, this means singing" and he repeated it three times.

It was also reported with a saheeh isnaad from Ibn ‘Umar (may Allaah be pleased with them both) that this means singing.

Both of them are idle talk. Hence Ibn ‘Abbaas said, “Idle talk” is falsehood and singing. Some of the Sahaabah said one and some said the other, and some said both.

Singing is worse and more harmful than stories of kings, because it leads to zinaa and makes hypocrisy grow (in the heart); it is the trap of the Shaytaan, and it clouds the mind.

The way in which it blocks people from the Qur’aan is worse than the way in which other kinds of false talk block them, because people are naturally inclined towards it and tend to want to listen to it.

The aayaat condemn replacing the Qur’aan with idle talk in order to mislead (men) from the path of Allaah without knowledge and taking it as a joke, because when an aayah of the Qur’aan is recited to such a person, he turns his back as if he heard them not, as if there were deafness in his ear. If he hears anything of it, he makes fun of it. All of this happens only in the case of the people who are most stubbornly kaafirs and if some of it happens to singers and those who listen to them, they both have a share of this blame. (Ighaathat al-Lahfaan, 1/258-259)